Linda lives and paints in Wells-next-the-Sea on the stunning North Norfolk coast, that provides her with endless inspiration.
Linda started her career as a knitwear designer after gaining an M Des from the Royal College of Art. She began painting about 25 years ago when her children were small and she needed a creative outlet. She took part in Norfolk & Norwich Open Studios from 2002 and continued for 14 years, but now opens up her Wells studio on demand and during carnival week in the summer .She had her first solo exhibition at Garden House Gallery in Cromer In 2008, and that is when she began putting her labradors in her paintings. She has had various exhibitions since then around Norfolk and will be exhibiting at Wells Maltings 9-21 April, 2022.
She works in both oils and acrylics and uses a palette knife and thickening mediums, to build up thick impasto layers. Painting in her studio, always to music, she then combines things she has seen on her walks with the ideas in her head. Painting for her is intense and physical, she works quickly building up layers of colour and texture until she feels she has achieved her goal. Mixing colours is something she spends a lot of time over and she often intensifies colours to make a bigger statement. 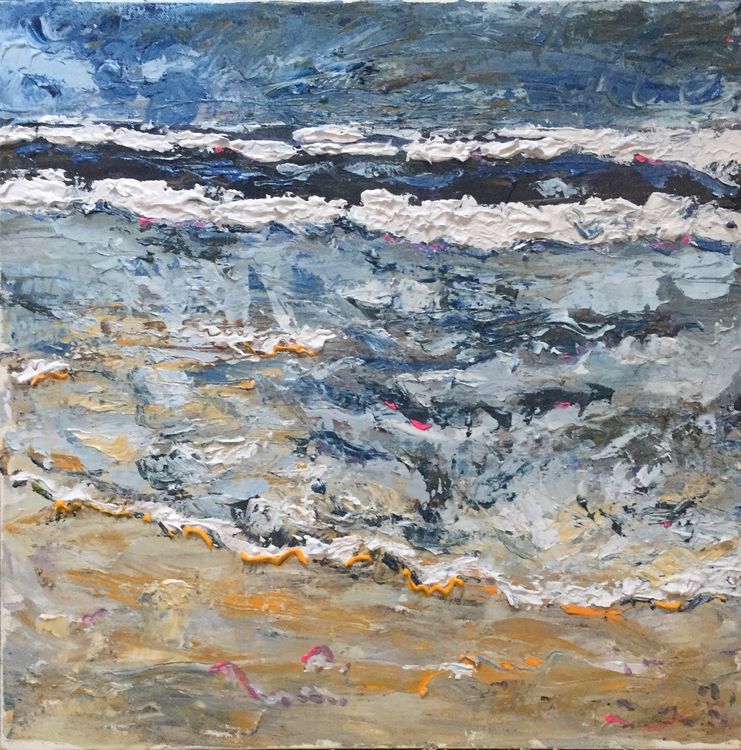 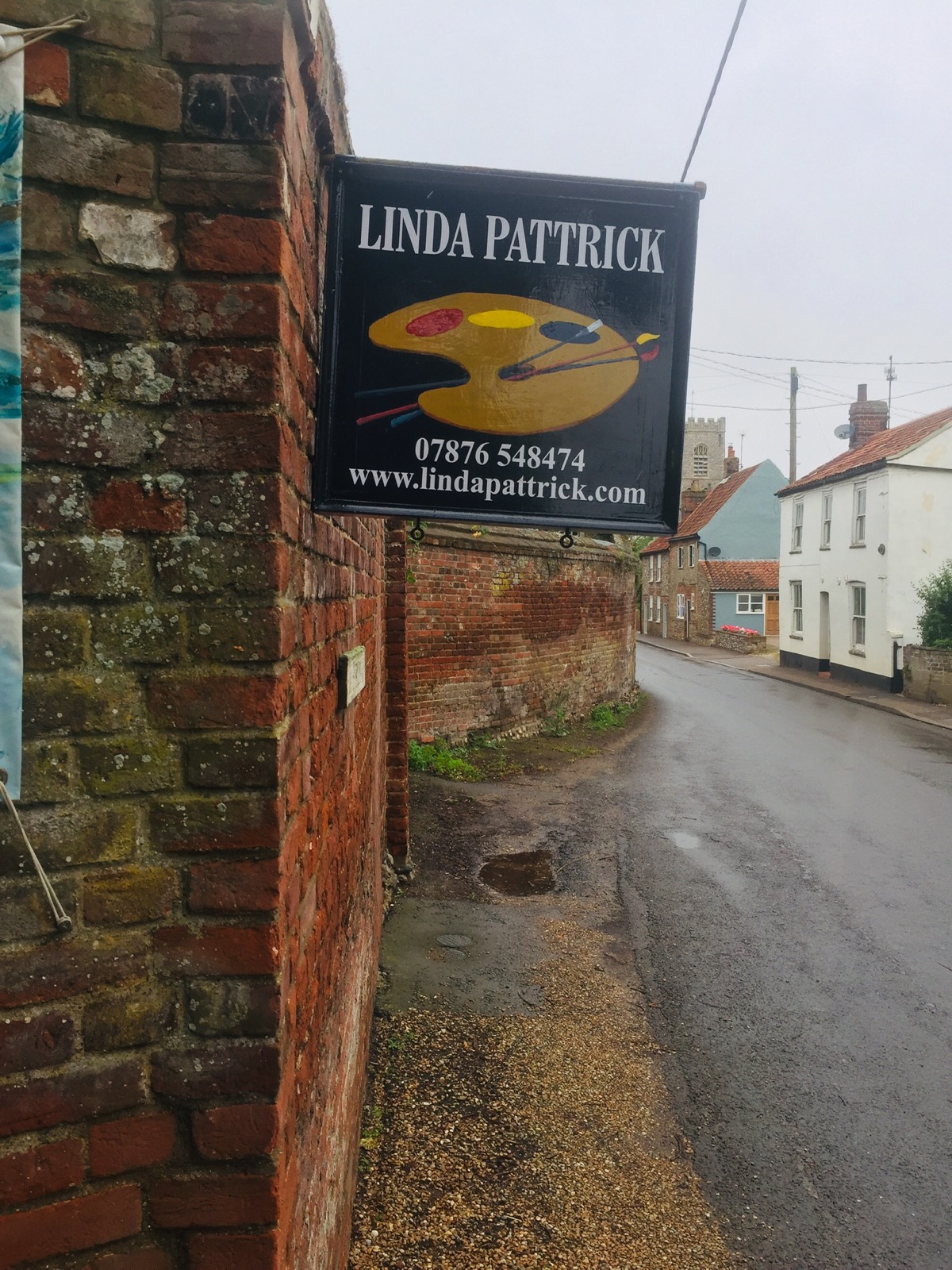 I love to have visitors to my studio, where I have a permanent display of paintings for you to enjoy. If you wish to visit, fill out the contact form and make an appointment.